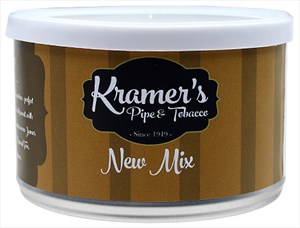 I disagree with the description that this is a full blend. It's medium in regard to the taste level. The Oriental/Turkish spice, earth, wood, herbs,and light butter and dry sourness are the star flavors with Cyprian Latakia playing a back up role with smoky, woody, earthy, sweet notes. The Virginia is tart and tangy citrus sweet with a little grass and earth as the base of the blend. The nic-hit is a couple of steps past the mild threshold. The strength is in the center of mild to medium. Won't bite or get harsh, and has few rough edges. Burns cool and clean at a moderate pace with a very consistent, mildly sweet and savory, spicy flavor. Has a short lived, pleasant after taste, and stronger room note. Not quite an all day smoke. The creamy texture of taste reminds me of a milder, little spicier version of MacBaren's HH Vintage Syrian with less Latakia, and lack of body and depth. It's a two and half star product, but I rate it at two because of its shortcomings.

After hearing and reading about Kramer's Father Dempsey, I pictured Kramer's as a quintessential American pipe shop, and rightfully so. When Kramer's sold the production to C&D it was exiting for an East Coast guy. I had no more excuses for not trying this piece of American history. The prices in bulk are fantastic, so like a good tobaccoreviews.com sheep, I grabbed 4oz Father Dempsey ( and of everything they offered, including New Mix) I do have to admit, as much as I love C&D's bulk pricing, getting a white box of nostalgia ain't the same as stepping into a shop in Hollywood. The tobacco's looked, well...ok. A bit twiggy, but not too bad. It took me a while to get to New Mix ( just like it is in this review), and when I did I wasn't blown off my feet. I've smoked it from time to time, but it has sat jarred up on the shelf now for about a year and a half. Over that time, I've found my tastes leaning towards orientals, and I had forgotten this one was a bit more orientals forward until reading these reviews. After a few bowls now, I have to say I really enjoy this. The flavor is lovely for medium strength smoke, bordering on but not quite full. There is what I'm detecting as a consistent Kramer topping, enough to detect in all their blends, but not so much so as to make them too similar as to be indistinguishable. Unfortunately, and maybe because of said topping, this blend can get close to biting and I find myself needing to observant. Overall, a good medium English with a nice aftertaste. A solid 3 stars from me.

We may be losing brick and mortar stores, which is sad to witness. But at least we can still smoke what some legends of the American entertainment industry apparently couldn't get enough of!

The mix contains a few too many twigs for my liking, is an even split of black and browns, and has a decent moistness.

The initial part of a bowl is easily dominated by the Latakia, and is quite bitter. But it improves a little as it burns down. The Orientals gradually creep in becoming more notifiable, and rounding the flavour some more: earthy and woody. The Perique and Virginia are light, very light, struggling to compete with the Latakia and Orientals. The heat isn't too bad, but it has a propensity to bite me.

It improves a 'little', but that won't get it any more than two stars:

This starts with a very weird taste to it. Topping/casing or some really funky tobacco. I can't really tell, but I'm gonna go with casing. Taste a little like minty soap. Fades about a quarter of the way in and then I start tasting the tobacco. Mostly Lat with a little Oriental. Can't taste the Virginias or Perique. There is just a little sweetness and a hint of spice. Just don't care for this at all.

Mild to medium in body and taste. Flavoring is mild. Burns well.

While it appears to have the same genetic makeup as Blend for Danny Kaye (minus the Irish Mist), its pouch aroma has a more Perique forward aroma, and the Latakia appears to have a bit more punch.

This blend seemed to have the twigs and leaf chunks that everyone claims to find in Kramer blends. In my 4oz order, I found less than half dozen of the said items. Still.

Moisture on par with most all Kramer blends. Packed lightly as the others, will get you the best performance.

Initial lighting is easy as it gets. Blend starts off with a woody and slightly toasty flavors. The Perique here is much more prevalent in the nose and on the palate than Danny Kaye. Burns clean and cool, but the mouth feel is a bit dry. This blend seems a bit flat and somewhat monotone throughout the smoke. It's not a dud by any means, but its no bell ringer either. I do prefer Danny Kaye more though!

If you want to smoke a part of Hollywood history, by all means give it a go!