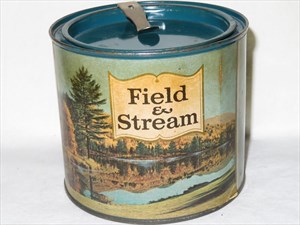 The Philip Morris version was rather soapy and even more perfumey with a strong anise/licorice topping. While it lingered to the end, it became less intense by the half way point, and a nutty burley became more prominent, though still a bit sublimated. The black and gold cavendish were noticeable in trace amounts; a drop of honey and a hint of vanilla. The Virginia notes were few and far between, except for a mild grassiness. The citrus sweetness it held was mostly disguised. There was a light maple flavor here and there. The House of Windsor version had a touch more tobacco taste, and a shade or two less intense toppings. The HoW burned pretty warm and rough with little moisture while the PM production was a little smoother, cooler smoke. Both versions needed a slow smoking cadence, though I experienced no bite when puffed at a moderate pace. Both had a slightly more than mild nic-hit. This product required minimum relights, and left little moisture in the bowl. The after taste lingered a bit. The room note was much like what you’d get if an overly perfumed matron stood next to you while she chewed on a heavily flavored stick of licorice. Not an all day smoke.

I found an unopened box of this in an antique store, summer of 2020. While a little dry, this turned out to be a great smoke for me. It had a chunky, cube cut that burned down to a dry white ash with very little attention required. I remember hearing people complain of the House of Windsor version being soapy, so I was ready to not like it on that account. What I experienced was just a slightly floral scent that came and went as the pipe was smoked. Definitely not as floral as some of the Lakeland blends I've tried, although it does remind me somewhat of G&H's Bob's Chocolate. I found myself noticing and enjoying the after taste even several hours after smoking a bowl. If this were still available it would definitely have a place in my rotation. I plan to try the Sutliffe match version to see if it is similar.