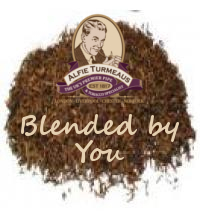 Two flavours of Black Cherry and Kentucky Nougat come together to make a delicious smoke.

Alfie Turmeaus-The Reggae Man. This is what I call a full on aromatic.

In the pouch it gives off a strong aroma of added flavour. It smells sort of like a sweet shop.

It's of an okay moistness, maybe a touch too wet but not in dire need of airing.

The mix contains only a little more golden Virginia in comparison to the black Cavendish.

I light a bowl without any extra airing and it lights up quite well. Then, my theory about it being 'full on' is attested.

I find the nougat and the cherry about even in taste. Although it's strong in flavour the two work quite well together.

The burn's alright, it requires a little attention but nothing major.

There isn't a great deal of nicotine in this. It's not majorly mild but it's still not one for nicotine lovers.

The room note isn't too bad in it's fragrance but it can create quite a smog if the windows aren't opened.

This isn't the worst blend but it falls very very short of being the best.