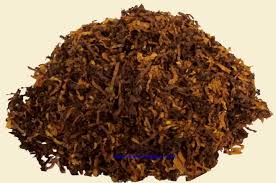 Kendals Mixed is a Tobacco which if smoked with a little care rewards the smoker with an earthy and sweet hay like smoke . Clove is added for a spicy and intense flavour . A nice medium strength Tobacco which is ideal for those looking for a cheaper daytime Tobacco where it doesn't matter if you only smoke half a bowl or for those looking to switch from Cigarettes to a pipe .

Bizarre!! I have to say it's like nothing I've ever smoked before. The nose from the pouch instantly reminds me of an Indian restaurant, really herby and spicy. It smells as though it has a good amount of added flavour. Straight from the pouch it's too moist so I take a bowls worth out and let it sit for a while. Providing the right quantity of moisture has been achieved it takes to the flame well.

The flavour of the smoke is exactly like the aroma suggested: very herby. It doesn't give tongue bite however there is a sharpness from the cloves which I find a little disconcerting. The room note is possibly the worst I have had so far. Really herby, really clovey and just horrible. The first few puffs are quite a novelty but sadly that novelty wears thin in a short amount of time and it becomes tedious then mundane and then rank! The nic' is at a fairly strong amount, it would serve well in satisfying N lovers.

When I first saw this I thought "cloves in tobacco? How weird and different" and it transpires for me that some things should be saved for spicy food and kept away from our beloved weed!