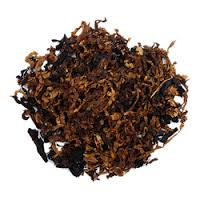 A hidden gem in the Gawith Hoggarth collection. The topping of vanilla and maple make this good enough to eat! This burns surprisingly cool and is a fine example of Gawith Hoggarth's master blenders.

The initial aroma from the blend instantly reminds me of fresh shortbread biscuits, it smells absolutely brilliant.

The moisture is decent so I fill and light as fast as possible and the moment I take my first puff I am thoroughly satisfied! This has such a calming flavour, it has a flavour that is practically identical to a good quality shortbread, its sweet and malty without being sickly. I can't really identify the vanilla in its entirety, it's more like when you add vanilla to a cake mix, once cooked you get an overall flavour of all the ingredients not just the vanilla. The nicotine is at a good level with New Prince, not a head slammer and not too mild, dead in middle! A slightly not so good point (for me) is if I puff with too much voracity it can issue a bit of a nip, not really a 'bite' but still a little uncomfortable. The room note is slightly reminiscent of a bakery, warming, malty and slightly sweet. It burns well all the way, I can sit for ages without having to keep re-lighting it, a great blend to relax with. Because the flavour isn't too harsh it doesn't really ghost the pipe, it only leaves a tiny one if regularly smoked and not cleaned.

When I read the ingredients for this one it didn't really excite me, "vanilla aro's? Ten a penny" I thought but this is different to most vanilla blends, it has an inimitable quality which I find most appealing! Four stars.

After realizing this delicious smelling baccy was meant for smoking rather than eating, I don’t have much to add to the spot on StevieB’s description of New Prince. My additional two cents is that the vanilla has a frosting type quality and presents itself differently than many vanilla aro’s. I tend to taste the maple on the exhale rather than the inhale. The underlying tobacco is of the usual GH high quality. My bride describes the room note similar to one found in a bakery with the addition of a bit of nut. I didn’t receive any heat or bite from this one, and I pushed it a bit as I really enjoyed the flavor. It’s nicely sweet, but not cloying at all and I am able to pull out the Virginia's. NP burns fairly dry with only a little moisture in the bowl. Sadly this is hard to come by in the US or it would be among the rare aro’s in my rotation.

A very flavourful but fairly mild tobacco. The cut is closer to a course shag than a ribbon cut and it can be a bit of a chore packing a pipe but it does take a flame very well.

Opening the pack provides an astoundingly mouth-watering aroma of vanilla and maple syrup in addition to the wonderful Virginia tobacco notes. This is a tobacco I keep opening just to smell it! However, most of us probably don’t want our smoke to taste of pudding… fortunately, most of this sweet aroma does not transfer to the flavour. There is a very subdued and balanced sweetness throughout the bowl with an indefinable yet wonderful sweet smokiness on the exhale but it is still a very tasty if mild Virginia supporting all this sweetness with a perfect level of nicotine.

Ultimately, I get a fine ash with layer of dottle at the bottom in every pipe from a large briar to a small cob no matter what packing method used. When it goes right, in the right pipe, well packed, and smoked at the appropriate cadence, this provides a truly transcendent smoke. But it is a very forgiving tobacco and will provide a very satisfactory smoke no matter what you do with it. The first batch I received was a little sticky and so delivered quite a hot smoke, but what a smoke! The second batch was much drier by comparison, with more of the Virginia and Kendal character apparent but unfortunately less of the transcendence... just can't find the transcendent sweet-spot with the second batch no matter what pipe or what cadence. Still good though! Best so far in a smaller bowl (cob!) using the ‘air-pocket’ method. Will update if I work out the secret combination that I hit upon the first time.

Blends well with Gawith Hoggarth Kendal No. 6. In fact, come to think of it, it may well BE No. 6 with additional casing and topping...