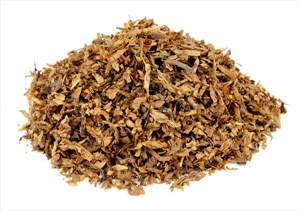 In the Match, there’s a mellow vanilla topping that compliments the mild licorice essence. They are the star flavors, though they don’t totally drown out the varietals. The Virginia cavendish offers some hay/grass, and slight tart and tangy citrus as the lead component. The burley is slightly nutty, woody and earthy with a touch of molasses as a supporting player. The sugary black cavendish is barely a condiment. Because this is a Dutch-style blend, there’s a lightly persistent herbal spice note from start to finish. A sipping blend that may need a little dry time, but provides a very consistent taste. The strength is just past the center of mild to medium. The taste is a slot past that mark. Has little nicotine. Leaves little moisture in the bowl, and requires an average number of relights. Has an lightly lingering after taste, and room note. Can be an all day smoke.

In comparing this to the 1970s version of the original, I find the Match to be superior. The original was shag cut and packaged dry, so it tended to burn hot and bite worse than virtually any blend I have ever tried. Not even hydration could stave off the bite, though it did enhance the herbalness from the grassy, tart citrusy Virginia. The nutty, woody, earthy burley was a supporting player, but more obvious in the original as was the Virginia. Barely had any sugary black cavendish. The Match is ribbon cut and not dry, does not bite, has more depth of similar flavors with a sweeter topping, is less spicy and herbal, and a vastly smoother, richer smoke. I gave the original one star.

The original Flying Dutchman was very disappointing. I was in college in the 1960s and used to buy it at the drugstore. I remember that the flavor, tin note, and smoke aroma was terrific, but it also really scorched my mouth. The flavor wasn't worth the pain and I gave up on it. Gave it 1 star.

This match blend, on the other hand, is mild and does not burn the mouth at all. The nic hit is vey mild. I can't remember what the original tasted like so I can't really make a comparison. The bag note is faintly herbal. The flavor is faintly vanilla but does not mask the tobacco. The tobacco seems to be pretty good quality.

I dry it for a while and this helps to make it a very tasty smoke. The funny thing is - and maybe this is just me - but when sipped (and fairly dry) this stuff can be very sublime (nearly a four star tobacco). Makes me want to know what the topping is. Three solid stars. It's going into my rotation.

Age When Smoked: after drying for 2 days, right out of the bag

Purchased From: pipesandcigars.com, in bulk

I used to smoke the original Flying Dutchman 45 years ago in college. Back then you could smoke in the classroom. It had a great aroma and the girls loved it. ( I needed all the help I could get.). And, with a pipe in hand, you looked like an intellectual. So, you could go around pontificating about stuff you really knew nothing about. (An added plus.) Mostly, existentialism and Jean-Paul Sarte. I never read anything by him, and could really care less. But everyone seemed to get off on it. Then, the hippies came along, and here we are today, aged hippies, smoking a pipe, just like dad did. This match really isn't a match. It's a very nice smoking tobacco. I give it 3 stars.

I never tried the original but If it was anything like the match version I think I would have enjoyed it. It came at a nice moisture level and the pouch note was sweet but subdued. The attractive mahogany course ribbon cut packed easily and stayed lit throughout. Nutty sweet without any bite. The burley is at the forefront with the Virginias adding a base of natural sweetness. Nic level was mild to moderate. Can be smoked all day like most all OTC style blends.

Other reviewers have covered the blend components well. Flying Dutchman was one of my favorites in the 60’s and early 70’s. Then Niemeyer seemed to have changed something and turned it into tasteless napalm. The Sutliff recipe is very good; and does not bite like the old Dutchman blend even in it’s good days. This is a very good smoking blend.

Similar Blends: The blend stands on it’s own. Very distinct and different..

I was feeling nostalgic and bought the Sutliff Match Flying Dutchman the other day and have been smoking it for the past few days and really like it. I have a 10 oz tin of the original that I bought between 1998-2000 but could only smoke a few ounces before giving it up because it burned my mouth like you would not believe. This tobacco has very little bite, nice aroma though I really have no clue what it is, maybe a little vanilla and other flavoring added. I smoked some of my original yesterday and this match really is pretty darn close, my hat is off to the blender on this one.

Ya' know...this stuff ain't bad. Of course, it's not cool to mess with old men. And that is sort of what this tobacco does, to some extent.

Ah. The history. I first smoked the original Flying Dutchman as a college Freshman in 1971. The popular alternatives then (if guys were to take up the pipe, which was practically required) were Borkum Riff Bourbon, and Cherry Blend. YECH!!! But Frying (not a typo) Dutchman smelled better than either of them...and bit far worse. But, man, did it ever smell GREAT!!! Don't know how it smelled to anyone else...but it sure smelled wonderful to me!

Truth be told, no matter how much I enjoyed the fragrance of my own pipe, had I not discovered Sir Walter and Balkan Sobranie, I'd have stuck with Viceroys and Marsh Wheeling Virginians.

This Match from Sutliff is far, far smoother than the original, and captures more than a bit of the side-stream aroma. NOTICE TO SUTLIFF....add a small bit of Orientals, including Latakia, and you'll have a winner.

Nobody can create an exact match. But the folks in Richmond are close...very close.

It's quite a chunky ribbon, mainly medium brown but there's a fair few light and dark specks; more yellow ones than any others. The moisture's good.

The smoke isn't offensive, but a little messy. The topping, although not too strong, has a slightly herb-like quality that doesn't appeal to me. When first lit it isn't too notable, but after five minutes it comes through and strengthens over a bowl. Behind the topping, the tobaccos taste quite nice, not great, but they rescue it from a complete 'write-off' rating! Something that tempts me back toward a rubbish rating is the speed of burn: fast. That, and the heat being a little too much make me settle on two stars.

In the 60's-70's (before I was alive) my dad said he smoked Union leader mixed with a bit of Flying Dutchman. The original was a thin shag cut, and I remember him saying he would cut it into small bits and mix it in.

I tried the original FD before it disappeared. It was horrid. It was hot, airy, acrid and tasted like hot cardboard.

Packs and lights very well. Initial notes of slight cocoa and vanilla. Natural burley flavors really shine here, which has a touch of nuttiness. A little sweet nougat when sipped slowly. I'm not tasting any licorice here like some state, but there is a slight unknown herbal finish on the palate. This is an excellent all day blend that doesn't bite the tongue like the original and has so much more flavor. Solid 3.5 stars!!!!

I have never had the pleasure of trying the original Flying Dutchman, but this version is something tasty with a great room note. I found my bulk purchase to be on the moist side, which makes it burn a little hot in the pipe. However I dried a bowl overnight, and this problem was mostly gone. Oddly enough it didn't bite either way. The flavor is fairly light, and I can taste the "herbal" quality that so many note. The aftertaste is of this, and it increases as you smoke. To me this herbal taste is increased due to the fermented taste of the cavendish and the overall moisture of the tobacco. The room note is amazing.. in some ways similar to Sir Walter Raleigh aromatic but much smoother and less smoky. It's really like nothing else. Produces a large amount of smoke. Overall I think this could be a 4 star tobacco for me if it would just come at a more reasonable moisture level. I have noticed this with Sutliff products, they almost have an oily quality that is hard to dry. It does tend to leave some dottle for me unless I'm careful (and I usually smoke to ash) but with careful packing and tamping this is not an issue.

Age When Smoked: right out of bag

Aye, My memory of the original which was my first tin tobacco. Then several years ago I was gifted the contents of a 40+ year old tin. The gifter said that it was unopened prior to sending it to me. I mentioned some in some of the forums how much I liked it when it was in circulation. When it first arrived I bought it back as I used distilled water and it came back very nicely. I have the rare opportunity to have been able to compare the new and the original. The tin note on the original and the Match were very similar. The Match blend has a courser cut than the ribbon cut of the original. The new tin note has a similar aroma crisp, and sweet. It lights easily and the taste reminded me of the original. Since I've been smoking the Match it has become my go to when I wish to sit back and enjoy a very goo smoke. Do I miss the original, I sure do!! As long as it is available I will continue to order. Give it a try if you have not had the pleasure yet!! Puff On me Hearties, Puff On!

Age When Smoked: 40+ for the original new for the Match