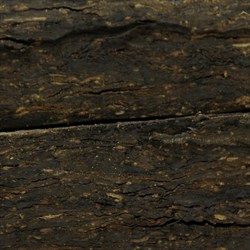 A base of medium strength Virginia flake, pressed with the addition of exotic latakia. A flake for the latakia enthusiasts. Strength is medium, flavouring is extremely mild, room note is pleasant to tolerable.

The Cyprian Latakia is smoky, woodsy, earthy, musty and a little sweet, and is well complemented by the grassy, mildly citrus sweet Virginia, which forms the base of the blend. The spice, smoke, earth, herbs, vegetation, floral and sourness and dry wood from the Oriental/Turkish lurks in the background. There’s a light sweetness that seems to come from a topping of some kind. The strength and taste levels are medium. The nic-hit is a couple of steps past the center of mild to medium. Won't bite or get harsh, but does have a few rough edges. Burns cool, clean and a tad slow once dried a little with a mostly consistent, mildly sweet and more savory, floral flavor that translates the lightly lingering after taste and stronger room note. It's a little smoother than the G&H Balkan Mixture, and isn't a lat-bomb. Lacks the complexity to stand out. Requires some relights, and leaves little moisture in the bowl. Two and a half stars.

The unlit tobacco is really appealing, the flakes are fairly thick with a dark brown colour and they give off a very leathery aroma which does make me feel a touch disquiet towards it (in a good way !). On the negative side it is quite moist so I recommend it's given some extra time to air a little. Due to the thickness you do have to be a touch pertinacious with the preparation of this one but the smoking of it is indeed a remuneration for the hard work!

Mine takes to the flame with ease and gives a steady/even burn leaving a white ash without the smoke being too hot. The flavour is really nice, yes it contains Latakia but the Latakia doesn't steal all the limelight by being overly smoky, it is very noticeable but not too heavy, leaving room to appreciate the Virginia in the mix with its lovely hay notes but to be honest even though it says that there is a little added flavoring I only detect the tobaccos. To be fair the Oriental/Turkish isn't that noticeable, more of a gentle flavour you have to look for ! Vitamin N is a good level for me, medium and tongue bite remains elusive for the whole bowl for me, even if I really strain it hard as if to implore it to bite it remains redundant ! The room note is very pleasant, albeit quite heavy, so this is a tobacco to only smoke in the company of other enthusiasts! This one would be a perfect "end of day" smoke accompanied by a good single malt and a piece of relaxing music, or a can of lager and Coronation Street if that floats your boat!

This tobacco me seems a lot artificial. It is obvious that in the blending is a lot of effort, but for such a reputable company, I expected much, much more. Texture, flake, look and smell promise much more than after I lit my pipe. First I feel some artificial - " chemistry laboratory" smell that unfortunately remains all the time smoking my pipe, which can not be precisely defined, something like an old soap. I admit that I am "latakia freak", but this mixture/flake, unfortunately has nothing special for impressed me. In the absence of better tobacco, you can smoke it, but certainly I will not dare to buy it a second time. I give it two stars only because of the reputation of the company ...

Age When Smoked: new from shop

Unsurprisingly, pretty much the same as GH’s Balkan Mixture but in thick flake form (I did want to try it to be sure). The tobaccos are some very good VAs mixed with a good dose of Latakia. The topping is a very mild one which tastes to me of something similar to pine resin. However, the effect of the topping (on me anyway) is akin to menthol, and the effect grows stronger as the bowl goes on, which is why I gave the flavoring the higher number. If that combo sounds good to you, give this (or the more readily available Balkan Mixture) a try. If not, stay away.

Age When Smoked: fresh from retailer

It's an odd thing; but, despite the favourable reviews that this blend has received - I absolutely hated it. I found it harsh, hot, and bitter; also laborious to rub out and keep lit. On the strength of my experience so far - definitely not recommended. I suspect, though, that I got a bad batch; or maybe my palate was having an off day. I'll try some more of it when I can summon up the nerve, and write a fuller review. BTW: it's a Lat bomb (at least I found it so), and the room note is just plain awful.

Update, June 21 2015: Nope, I just can't like this. I'm in a minority, but I still find it a harsh, hot, bitter lat bomb. Some things just don't suit some individual palates, I guess.

I decided to buy and try this mixture in a pouch of 100 g. After opening the pouch, a powerful smell of Latakia: the smell of fire and fragrance. This mixture is dominated by Latakia. The flakes are wet, I recommend waiting 30 or more minutes before filling the pipe. Since this mixture is strong, I used a 9 mm charcoal filter and a small size pipe. I sat down. A cup of pleasant aromatic black coffee with cream in the fresh air. It is immediately feeling that the mixture is strong with a powerful bold aroma. You need to slowly fill your mouth with fragrant smoke to feel the aroma of the mixture. After certain amount of time, dizziness is coming. I recommend sipping the blend. The blend is for evening time after a heavy dinner, I think. I recommend it for experienced connoisseurs of tobacco mixtures, especially who is a heavy Balkan & Latakia fun. To reduce the flavour and strength, I have added Sutliff Matured Red Virginia 515 RC-1, it has resulted pleasurable both for my palate.

This is the tobacco that made me realize I'm a Balkan/English man. I ordered it as part of a large order and It was the one I was least excited to try. 6 months later I finally got round to popping the jar and stuffing it in my pipe. It blew my tiny little mind! Creamy, smokey, deep, succulent and as had been said before Pine resiny. Best enjoyed with a decent Rioja, this is only one of two tobaccos I consider a 4 star blend.

I obviously ordered more once I had ran out but the next lot was much lighter in color and much more pliable. Maybe a younger batch? Who knows, luckily the new stuff is almost as good but If you come across the black, crumbly flakes then let me know.

Age When Smoked: new to 6 months

This being a G&H tobacco product, I would've expected it to be more on the Lakeland side of things, but the casing is barely noticeable. This can be a good or a bad thing, but there are other Balkan flakes out there similar to this particular one. The Latakia is very pronounced in this tobacco, well aged and tasty. One drawback though is that G&H is not very consistent with its flakes, so you will get them in different lengths and sicknesses, and if you are unlucky enough as to bump into the very thick ones, the rubbing out process not only can be discouraging, but daunting as well. Having said that, if properly dried, these flakes seem to be easy to keep lit and will smoke cool in your bowl. Even though they don't seem to bite, I would have expected some oriental leaf here for both a little bit of added flavour and to soften it round the edges as the Latakia can be a little bit harsh on the palate. All and all, this is not a bad tobacco, but a few shortcomings can only mean it will only get 3 stars this time.

Okay so we all have different palates but upon reading some of the reviews I thought I'd throw my tuppence in! I loved this flake from the 1st light to the last puff, the flake rubbed easily, lit well and kept burning, the room note was earthy but not too heavy as is the taste...the Latakia was there giving a sweet high end to the smoke but not overpowering, no real tongue bite even at the end of a considerably large bowl...I will definitely be buying this one again just in a bigger quantity, for me it's up there with the best and if you like English blends don't hesitate to give it a go even for a relative novice (like me)