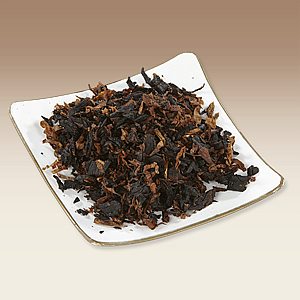 This is a nice, mellow, smoke. It has a sweet woodsy flavor with vanilla and chocolate notes. Smoked cool with no gurgle or tongue bite (from a MM). Nobody's going to get annoyed at the pleasant room note either. This is a simple, easy-going smoke that reminds me of the stuff my Dad used to smoke. Lower nicotine hit is nice for change. I recommend it.

Purchased From: Just For Him

Meant to copy Lane's LL-7, it fairly much succeeds in its mission. The Virginia is a little grassy sweet, though muted. The burley is a little nutty, though like the Virginia, isn't always noticeable. The black cavendish is more vanilla-like than the Lane offering, and the chocolate/vanilla topping is a little richer. I notice the caramel more here than I do in the Lane version. It's not that complex, but it is a decent all day smoke that's a little creamy, and doesn't dull out in the last quarter of the bowl as the Lane version does. Hardly has any nicotine, and won't bite. Requires a few relights and leaves a little moisture in the bowl, but it's not goopy. Two and a half stars.

It isn't, like a lot of aro's, a pouch of jet black, soaking wet, Cavendish, alone. EL-7 looks about even with black and brown pieces. The black Cavendish is chunkier than the VaBur side, most of the brown pieces are nearly shag cut yet some of the Cav' could be classed as coarse. As usual from Cup O' Joes the moisture's good.

I enjoy the smoke. As expected it isn't a heavy, clumsy, black Cavendish one. There's vanilla from the Cav', but this doesn't push the others aside. The Burley has a rustic quality and seems a little stronger than the Virginia. I find the Virginia 'freshens' the smoke but requires more detection. The caramel's a sure addition, a touch above medium. At about halfway the caramel develops a sort of butterscotch flavour. The burn's decent and there's not a bite to be had from it.

A good blend, but just short of four stars: