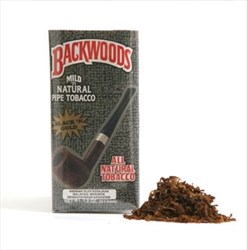 The black and golden cavendish provide some sugar, tart citrus, grass and a touch of honey. The topping is a mild vanilla and caramel, though they mostly sublimate the tobaccos. The strength and nic-hit are very mild. The taste level is mild. Won't bite or get harsh. Needs a bit of dry time, and will still leave some moisture in your bowl due to the amount of PG used. Burns fairly cool and very clean at a slightly slow pace with a very consistent sweet and mildly creamy flavor from top to bottom. Requires some few relights as it burns wet, and leaves some moisture in the bowl. Has a short lived, pleasant after taste and room note. An all day smoke.

Okay, so it's not a very sophisticated tobacco and you won't find subtle, changing layers of flavour here, but it's consistently flavourful to the end and I really like it! Mind you, I'm not a terribly sophisticated pipe smoker. And I'm not sure that I actually taste any tobacco, either. It's like smoking a dessert! There's a sweet vanilla and honey taste to it and the smoke seems almost ... sticky sweet like honey. Some people might find it cloying. I bought some on a lark at my local BM while picking up my first Missouri Meerschaum pipe (the "Legend") and I've decided that this is all I'm going to smoke in the corncob. And, frankly, I'd be careful about putting this stuff in your favourite and/or expensive briar because it's going to ghost the pipe. I guarantee it. The guy who runs the store where I bought this tobacco seemed almost confused by my choice (as he was the purchase of the corncob pipe) but I think of it like a simple, guilty pleasure akin to drinking a Dr. Pepper. :)

Update: can't find this stuff anywhere online, which means I've got to buy it at the B&M where I live and pay stupid money for it. Yet, after getting through half a pouch, I think I'll buy it again. Though, just to keep things in perspective, I wouldn't call this my favourite tobacco by any stretch. It's just a fun alternative.

I can't figure why this is listed as having no added flavours?

The caramel comes over strongly, and takes the lead. But rather than being a sweet, pleasant smoke, there's also an acridness behind the caramel. The tobaccos taste well balanced; there's some fruity Virginia notes, dry Burley, and sweet vanilla from the Cavendish. I find it behaves well in the bowl; burning steady, and below medium in temperature. It can issue a slight bite; nothing raucous, but a definite 'peck' when pushed.

Black 'N Gold? Unlike their Buttered Rum (I reviewed that last Sunday and enjoyed it), I can only somewhat recommend this:

When I used to travel more I would stop at a small shop just across the U.S boarder and pick up a package of backwoods cigars for the trip. I believe that the tobacco they put in a package for a pipe is the exact blend that they stuff in their cigars. This blend is recommended providing you realize that while it is, overall, quite good for an aromatic, there are some substantial shortcomings.

On the odd occasion when I deviate from my regular mixtures and pack a bowl of an aromatic tobacco I have a preference for a cheaper "durgstore" brand (usually it would be Captain Black.) I prefer to loose the pretense and recognize that instead of smoking a fine English blend where the quality of numerous fine tobaccos marry and produce the final result, you are experiencing the flavours as the master blender (rather than nature) intended. This blend fits the bill. In the near future I plan to try a few more aromatics, but I have never really enjoyed them as much as other blends.

Don't get me wrong- there is a definite sweet note of the Virginia's and the Cavendish that shows through... but you absolutely taste and smell the flavours that were added. Those same compounds also contribute to a wonderful aroma in the pouch (that, regrettably, does not quite completely translate to taste when lit) and a great room note. There are vanillas and cherry in addition to sweet honey that are easily identifiable.

The blend packs well, smokes dry, and leaves a very fine grey ash. Overall, I find it to be a slightly boring bowl as there are not the subtle changes over the course of time... the first 1/3 has pretty much the same same taste as the last 1/3. I have only two pipes dedicated to aromatics, and I think I prefer the smaller one as I loose interest part way through the bowl of a large pipe.

Overall, it is not a bad blend. Perhaps it is a better blend for the summer when you are sitting around a campfire with friends and talking. Winter blends should be more full and interesting; smoked around a fireplace while relaxing.

EDIT: By the time I was midway through the pouch, I realized I was not enjoying this at all. It didn't have any pleasant taste, nor remind me Backwoods cigars, and was just a pain to smoke.

I was amused when I first tried the All Natural blend, for taking me down "chewy cigar" memory lane, so I decided to take a chance on another Backwoods creation. Black n' Gold is similar with it's moist, spongy texture and obvious aromatic topping. The pouch's aroma wasn't as sweet smelling and had a damp odor. Honestly I have no idea what flavor they were trying to accomplish here, other than "that cheap shit Grandpa likes."

Onward to the match... and a second one (it was a tad moist to get cracking). Another issue it had, was a tendency to pack densely and had a mishmash of textures, causing some issues with an even burn. Once going, I still feel like I am revisiting a Backwood's cigar (or at the least some other cheap gas station purchase), with it's chompy, sticky artificial smoke. The experience falls someplace between dull sweet candy, rendered cherries, moist cardboard, and leather cleaner. Not a lot of nicotine in here, and it's mild on the pallet, yet the chemical taste prevents it from being an all day smoker.

In the end I preferred the All Natural one, but I still found this doable in spite of it's cheap creation.

I used to smoke the Backwoods cigars while fly fishing rather than risk dropping my meerschaums or Petersons in the river. The cigars impressed me as being stuffed with a natural aromatic pipe tobacco, so when I saw some at the local tobacco shop, I thought I'd try some. Packed in a pipe I dedicate to aromatics, it lit well, and smoked mild and sweetish at first, second light you get some berry fruitiness, notes of honey and fragrant vanilla tones riding on a nice nutty natural base. Smokes well to the last 1/3. Not over-powering fragrance or taste, actually a very demure aromatic but pleasant to enjoy on a warm summer porch with a chilled Beaujolais or hefeweizen.

These are hard to come by where I'm from. But it is probably the best tasting and smelling tobacco I've tried. The room note is amazing. And the price is reasonable.If this was organic id smoke always.

The P.G. drugstore cob stuffing you expect. Not as successful as the cigar, due to how pipes work, but the same tobacco. The smooth, mild, nice enough tasting fair grade burly and Virginia leaf is not fully drowned in the heavy handed but understandable cavendish mix. Think Cap'n Black original, but caramel over cherry and a touch more muddled. 4/4 stars compared to The Original Cap'n. (Not to top-notch stuff of course). If you like that you should like this.