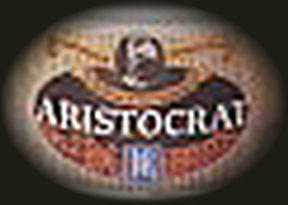 The above reviewer said it all. The looks of this truly foul, foul weed is very similar to McClellands Virginia Woods, but in addition, this one has been sprayed with artificial humectants to such an extent that it looks like as if someone has dropped a can of sunflower oil in it. The casing is overwhelmingly strong - it reminds me me of cheap rose or patchouli incense sticks. Smoke emerges from my mouth, but my palate feels nothing but hot air. There is no nicotine in this blend and, if you ask me, no tobacco in it. I have tried many aromatics during my time as a pipe smoker; both danish, dutch, american and german. This is the foulest of them all. Yup... and now I have just ruined one of my pipes. Yuck!!!

This started out rather nice. It had notes of orange, cloves, vanilla, fresh baking and incense. This would be fine for an ounce during the holidays, it reminded me of my grandmothers house at Christmas after all of the baking. However, the incense was a little odd. Worse yet, it ghosted the pipe. After only two bowels it was present when I switched blends. I have had pipes ghost before but usually after five bowels it disappears. Not so with this one. 15 bowels later I reamed the pipe back to the original charring but it did not help. After 30 bowels it was still very present. I thought I had forever ruined a pipe. However, G.L. Pease has a good note on fixing such pipes and I am pleased to say that it saved this old basket pipe. It was not worth anything really but it had sentimental value as it was my first pipe. Anyway, long story short, don't smoke this one unless you really like the incense thing and you are willing to devote one pipe to the blend.

Geesas, this blend is so heavily cased it's like trying to smoke incense. Bottom line, pass on this one!!!

I found Aristocrat to be very middle of the road in all ways. The casing comes on fairly strong at the beginning, but fades after about a third of the bowl. The flavor remains with enough strength to cover up any tobacco flavor that may be present. Vanilla with a hint of spice is nice, but I feel that it has been done to death. This blend just doesn?t have anything to make it stand out from the crowd.

On the ?plus? side, it smoked well, burned evenly, and didn?t get goopy.