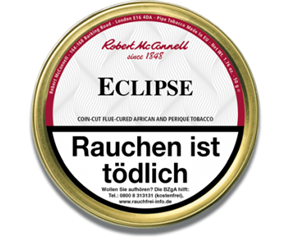 This isn’t that much near Dunhill Deluxe Navy Rolls at all. NR doesn’t have a sugary black cavendish core, and it’s a stronger blend in every way. The various Virginias offer some dark fruit and earth, a mild citrus and grassiness along with a touch of the floral. The lightly spicy, plummy, raisiny perique is a supporting player. The black cavendish appears at various times, depending upon how you prepare the coins, so there is a little inconsistency in the taste of the blend as well as the burn rate. The strength and nic-hit are a couple steps past the mild level, while the taste is a little closer to medium than it is to mild. No chance of bite or harshness. Burns cool and clean, and a tad slow. Leaves little moisture in the bowl. Needs a few relights. Has a pleasant, lightly lingering after taste, and is an all day smoke. I gave four stars to DDNR.

I am reviewing this on its own merits and with no meaningful comparison to De Luxe Navy Rolls.

The coins are about an inch and a half in diameter. The cavendish core is close to half the size of a dime. The tobacco surrounding the center is brown and tan. Pouch note is slightly sweet with some dried fruit.

I tried folding the coins twice and wadded them. I tried rubbing them out as well. The smoking experience was about the same to me, although perhaps the flavor was a little stronger rubbed out. Moisture level was good for smoking, and I did not give them any air before loading.

Initially, the smoke is a slightly sweet Virginia. It is very smooth, and the perique begins to find its way into the flavor with some raisin and a subtle peppery tickle on the snork. I claim there is a mild topping enhancing the sweet, although it could be the cavendish core. As the bowl develops, there is almost a caramel in the sweet at times and the perique comes a little more to the front with some more pepper.

I found this coin easy to smoke slowly, and the flavor was very good to the bottom of the bowl. It did not require an unusual number of relights.

This is very good and it is easy to recommend. The problem may be availability...

So, yet another blend touted as a Dunhill replacement. Navy Rolls? Well, it ISN'T even reminiscent of Navy Rolls, NR never had a Black Cavendish core. However, it's still a very fine smoke!

You get the gist that the coins look more like Orlik Bull's Eye (as was the case with Charatan Rolls; another badged as a Navy Rolls clone). In the tin they're solidly constructed, they're not 'fluffing' apart, and the moisture implores immediate smoking.

Although not what it masquerades as, a NR clone, the smoke's top-notch. The Virginias make for the most of the smoke. I don't find them too vibrant, but quite a 'relaxed' Virginia flavour. The Perique, even though a lighter addition, offers a slight peppery sharpness, but I don't find it too 'dark fruity'. Coming from the black Cavendish centre is a subtle mellifluent character, which calms the smoke, making it very palatable.

The introduction of this blend caused quite a stir, because it was considered a very unfit replacement for Dunhill Navy Rolls. I don't know what they were thinking, because this is actually a clone of the Davidoff Flake Medallions (probably the SAME tobacco, actually!): the real Navy Rolls replacement/clone came later, as River Thames.

So, we have this tobacco in a Dunhill-inspired line... that is actually not based on ANY Dunhill blend of old. Go figure...

That said, it's great news, because I had never been able to get my hands regularly on the Davidoff, which I liked a lot. It's a typical Danish made coin cut blend, quite sweet due to the presence of black cavendish, very tasty, fruity and rounded. It screams quality from all points of view: from the beautiful presentation, to the burning qualities (cool, slow, very tasty and fragrant). I might actually say that it's even better than most of the already excellent Mac Baren coin cuts.

I enjoyed Flake Medallions, and this is just as enjoyable. Not a Dunhill clone in spite of being in the Heritage series? Who cares.

One of the four Robert McConnell blends that were called “Dunhill clones” and that were recently released in imitation of many other blends from the legendary English house: Boutique Blend (Early Morning Pipe), Covent Garden (Nightcap), Marylebone ( My Mixture 965) and Highgate (De Luxe Navy Rolls), with more or less fortune in the resemblance, judging by those who knew the Dunhill originals (see note at the end).

The one at hand, Highgate, is presented with a cut into smooth and thin discs, the size of a € 2 coin and spread out in the shape of a fan. I load two medallions after rubbing them, straight from the tin and without prior drying. They are quite spongy and yet they do not give any problem when lighting them or keeping the pipe burning. It burns very well and although it is smoked at a slightly faster rate than usual, it does not overheat the pipe. The aroma is smooth, fine and elegant. The smoke is creamy and moderately sweet, probably due to the Black Cavendish (or maybe the Virginias?). Despite this sweetness, it can be smoked carelessly since it is not a tobacco that attacks the tongue. Virginias clearly dominate and perique is a mere condiment that feels slightly spicy on the retronasal exhale. Leaves a gray ash with ocher tones. Without being something sublime, it has left me wanting to repeat the smoke.

The next day I loaded my Soler Freehand but I did it in a different way: I extracted the two Cavendish cores. I loaded half a pipe with the rest of the medallion halfway. I rubbed one of the cores and put it on top. I filled the rest of the pipe and put the other crumbled core on top. The result was a most pleasant smoke, with an ever-changing sweetness that I really liked.

Taking into account that it was a tin packaged in the same year, I think that aging has to sit very well with this tobacco. I have not tried the De Luxe Navy Rolls in either version (Dunhill, Peterson). It is quite comparable to Davidoff's Flake Medallions.

Note: After having tried De Luxe Navy Rolls -Peterson-, I have been able to verify that it is very different from Highgate, since DLNR does not have Black Cavendish among its ingredients.

I have to say right from the start that I was completely surprised by this blend. I initially picked it up on a deep discount from my local brick and mortar shop, not expecting much, as I've not been wowed by other McConnell blends.

And yet, here I sit as I smoke from my third or fourth tin in as many months.

You would be forgiven for passing this over in favor of other Virginia perique blends, but this is truly one to consider. The tin note provides the grassy notes that one might expect, with the addition of raisins, light citrus, and a wonderful sweetness from the black cavendish centers. The flavor from the pipe is an incredible mix of all of these, and can be adjusted by packing the pipe intentionally.

The perique is there as a condiment, and I only detect it through the retrohale. But, it combines nicely with the black cavendish to provide a sweet and spicy experience. This could absolutely be an all-day smoke, even for a relatively new beginner, as I am.

It is sure to cellar well, and I look forward to exploring this blend after 5 or more years, though it is also fabulous fresh.

Age When Smoked: Fresh to 2+ years

It is claimed that this Heritage Series tobacco is blended under the Robert McConnell brand in an effort to recreate the much-loved Dunhill Deluxe Navy Rolls. Let me tell you right off the bat: nothing like that. Apparently, the guys from Kohlhase & Kopp clearly had an eclipse of the mind at the time of creation - the taste and flavor of Highgate is significantly different from the progenitor. The opened can had a 2019 excise tax. The bready aroma of light Virginia is tinged with variegated hay, plus it's well paired with fragrant pepper and dried fruit (wineyard and figs) of perique. The Cavendish is barely perceptible underneath this mass, giving only a faint plum note. The smell of the tobacco is very harmonious.

The tobacco is sliced in perfect large coins an inch in size and a millimeter thick. The coins are thick and heavy, which gives the impression that the tobacco in the tin was not filled right with tobacco. The different varieties of tobacco vary well in color. The tobacco in the outer layers is nicely kneaded, not dry, not wet - the quality is top-notch. The core of the coin was denser and it took me more effort. I took a medium sized pipe for smoking, filled it with the mixture and lit it easily.

The tobacco taste left no doubt that it was a good VaPer, but the Cavendish was barely there. Moreover, the perique intensified by the minute adding more and more raisins, coriander and allspice to the bread flavor. The flavor of the tobacco was changing and the strength was increasing. At the same time, the Virginia in Highgate has much less sugar than in, say, Cabbie's Mixture, so the flavor was not sweet until almost the very end. On the other hand, there is clearly more perique, and the tobacco claims an "above average" strength - I felt a slight nicotine kick at the end of the smoke. Surprisingly, I never got a taste of cavendish. The tobacco is smoked evenly, due to the thin slicing of the coins there is almost no ash, but there is a lot of moisture in it - I recommend a pipe with a filter.

The smoke is light and has a sweetish flavor, which is probably where all the cavendish came out. The aroma of allspice and coriander is also present. All of this is easily dispersed in the room without creating an unpleasant sensation.

What's the result? Not Dunhill Navy Rolls at all, but okay. It's a great tobacco. It sells quickly in stores and is quite popular. What more do you want? Well, personally, I want something a little sweeter.