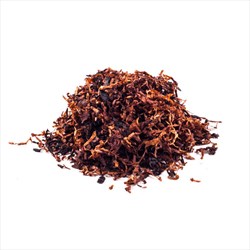 Windsor Breeze pipe tobacco is by far our best selling Pipe Tobacco both online and in our small retail shops. This is a Premium Pipe Pipe Tobacco made exclusively for Havana House and it is loved dearly by our pipe smoking customers. The tobacco quickly fills the room with an aroma which can only be described as that found in summer meadow. Windsor Breeze is a tobacco that ensures exceptionally well, it’s the tobacco you have always dreamed of. Explore the deep sweet and fruity taste, whilst ensuring a cool slow burning smoke. An experience that puts thoughts in your head of an old armchair, and your slippers by a log fire whilst you puff away on your pipe!

This blend has an Incredible opening aroma, with generous cut gold/black strands, rather damp, but strangely this blend isn't one of those that needs relighting, like some of Samuel Gawiths more infamous puddles. It will certainly benefit from being aired a bit before smoking.

The taste is amazing. Sweet, but not sickly or floral. This taste which hints at vanilla and caramel, or maybe nougat, stays throughout the smoke which is unusual as I have discovered over the years.

The room note is superb, but doesn't seem to hang around for long, and you will certainly get appreciative murmurs from company.

Several bowlfuls later and it still hasn't got boring. A fine aromatic well worth trying if you come across it. As far as I know this is locally blended by Frederick Tranters (Havana House) of Bath (please correct me if anyone from the shop where my Stepson bought this sample reads this) and if I didn't know better I'd say this was probably more like an American or maybe German/Danish tobacco.

Pipe Used: Most of my briars

As I purchased Bath Breeze loose as a trial while awaiting my order of certain other favourites, it was well oxygenated and sufficiently dry to suit my preference. While transferring from pouch to jar I received an even more pronounced sent of sweet vanilla fudge with ever such a slight note of a dark stone fruit tang than what I got in the shop. I filled the bowl of my Bari half bent and after quite some work getting it going was told by my other half it smelled nice n sweet. Jolly good! A very slow style of smoking was in order as to avoid any bite which I'm quite sensitive to. The first third of the bowl was very light and floral with just a touch of rich caramels from the Burly and a nice Virginia freshness. Then the second third became what I wanted from Bath Breeze a really quite creamy complete balance as the Cavendish delivered itself forming a not too soft meadow sweet smoke. Transitioning into the final third of the bowl then became spicy and malty reaching a Much stronger stage without the sweetness with a more advanced complexity and higher nic. No gurgles but quite a few relights. A well rounded but slightly average smoke. Not exciting but a good all day baccy.