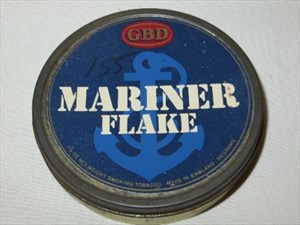 The Virginias offer a little citrus, some dark fruit and earth, along with a few blades of grass and straw, plus a touch of wood. Due to some age, they have a light fermented, savory quality to them, though it is possible a touch of that was present from the start. The rum has little sweetness, and if not mildly applied at the beginning, it likely has lost something in the aging process. I vote as much for the former as I do the latter as it gets just a little stronger as you go along. The same is true for the tobacco. The nic-hit is mild. The strength is just past mild, while the taste level leans slightly more toward medium, mainly after the half way point. Won’t bite or get harsh. Burns cool and clean at a reasonable pace with a fairly smooth, fairly consistent flavor. Leaves little moisture in the bowl, and needs an average number of relights. Has a very plain, short lived after taste. Can be an all day smoke. It’s hard to tell how much was lost in the aging process, but I suspect at least a little has vanished. Probably was a three star blend in its time.

From an old tin (most likely the 1960s) bought on the secondary market (unsurprisingly). The tin was in v good shape, and the vacuum was still in place when I opened it. The flakes had largely broken apart, into what is usually called 'broken flake'. It of course needed rehydration.

Granted, the first bowl tasted rather of cardboard with a hint of burnt molasses, but over a month's time, it settled a bit into what it might have been. Even so, the best results were still in larger bowled pipes, as the first third was smokable but still fairly nondescript. By the final third, however, the rum was lightly present and the VAs giving a light if pleasant hay background. This may have been a very good smoke in its day, but that day was a while ago. Still, it was worth the experience.

Age When Smoked: about 50 years