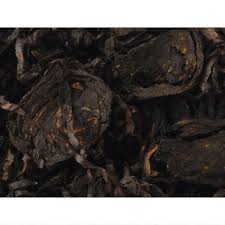 The appearance is exactly the same as the any of the Sliced Brown's: about a fifty fifty split between coins and ribbons. This one, unlike the non-aromatic versions has a false aroma though: clearly whisky. Although it's quite heavy, it's not so good as to be able to identify if it is indeed from Single Malt or a cheaper variety though! Normally I find Gawith Hoggarth's moisture to be spot on, but this is one of the few that needs airing before it can be smoked.

I remember when I was a kid people would say "this ul make a man of ya", and that saying came to my mind straight away! The smoke has more of a pure tobacco flavour, instead of a strongly false whisky one: the whisky only adds a very subtle taste. The majority of the flavour is smoky Virginia: this is nice enough, but if I puff quite vigorously pleasant can become a touch bitter.

The nicotine......VERY STRONG! And the room-note's quite pleasant too.

If I puff gently it warrants full marks, but solely due to the acridness caused by zealous puffs it can only have three stars.

Well I did what I normally say not to do, I experimented. I ordered Brown and Black twist Aromatic. Only because I was looking for a replacement for EA Carey’s sliced black twist. I actually ordered Aromatic by mistake and pleased I did. Great taste. Perfect tobacco. I ordered Gawith and Hoggarth snuff as well, and that was the best snuff ever. Best SP and Camphor & menthol.

Age When Smoked: This year - fresh

Old fashioned tobacco. Good in strength, bold in flavor and aroma. Requires few relights and leaving some moisture in the bowl. No tongue bite at all. Not an all day smoke, but must have in week rotation.