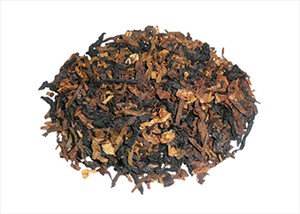 Quite a few of our customers have bemoaned the scarcity of Balkan Sobranie's Original Smoking Mixture over the years, so we took it upon ourselves to create a similar blend, which we're told bears an uncanny resemblance to the legendary tobacco. But, we'll leave that all-important comparison to you. Milan's Balkan Blend is latakia based with a mixture of Orientals, Virginias, and other fine tobaccos added to make for a bold and earthy smoke with notes of spice and a mild sweetness.

I bought a 10oz bag of this bulk tobacco in Jan 2015. Smoked maybe a dozen bowls over 3 months and jarred the remaining 6-7oz till Oct 2015. I don't smoke a lot, I have lots of other tobaccos to try and I have no desire to smoke during the warm/hot humid conditions we have in Western NC from May to Sept. This blend is a match attempt at the very hyped Balkan Sobranie Original Smoking Mixture (BSOMS). I am in my mid-sixties but have only been smoking pipes (or anything else) for 6 years. I have no experience with BSOMS, I was able to get a tin of the recent release sometime in 2014 and decided I would save that tin for later. Maybe it will be really great, maybe not but I don't want to chase after it like I have Penzance (if you are someone who has a neat computer program that gets you Penzance in the 60 to 90 seconds it comes up for sale and then doesn't smoke it or cellar it to smoke later but profits from having that lovely tobacco, then shame on you, you low-life profiteer. Same for BSOMS.) So there I was wanting to try this legendary blend but if I only have this 1 tin what should I do? Well Milan Tobacco (really nice people to buy from) send an email/newsletter and mention they have a bulk tobacco blended to be similar to/match of BSOMS and it was on sale. And I am very very glad I took that chance of buying their Milan's Balkan Blend (MBB). The blender, Dave Meyer, has an excellent pipe tobacco in MBB and in my opinion a true value. I found the tobacco that was jarred for 6 months had improved some or maybe I had gotten better at packing it just right for the various pipes I was using. The moisture level and the cut make for easy packing and for a consistent burn. I don't seem to be able to get ANY tobacco to show it's best in the first 1/3 of the bowl and like all the others, MBB really shines in the middle 3/5's of the bowl. The smoke is rich, cool, creamy Latakia based but with Orientals in the starring role. It's very woodsy, earthy and with a slight barnyard smell from the Latakia underneath a well balanced sweetness from the Orientals and Virginias that highlights the smoke and gives it just that right amount of Yin-Yang. Then what set it apart for me was a whiff here and there in that "sweet spot" part of the bowl of a mint-like or maybe a subtle menthol flavor and aroma. It reminded me of the very best bowls of Skiff or HH Vintage Syrian I've had and only slightly less intriguing as Wilke No.010 or Penzance. I talked to Dave Meyer the blender over the phone and though he did not volunteer to tell me what Orientals were used, he did say that Yenidje was not used. I can't tell one Oriental from another in a blend but I was hoping Yenidje was the secret ingredient so I could get some one to pronounce it. The word just looks like what a mountain side plot of tobacco in the Balkans would look like. In conclusion, You Need to Try this Pipe Tobacco. Milan's Balkan Blend. It may not be even close to BSOSM but it is Great on it's own. You can get it and a lot of it for your money. I can't say what you are going to think of it but I think I've got a very good chance of you being glad you tried it. I will be ordering some soon and hope the latest batch is exactly like the Jan. 2015. Highly Recommended.

Similar Blends: Similar to other quality English/Balkan blends that are popular and available...Maltese Falcon...HH Vintage Syrian...Old Dublin...and the great house blends like Hearth & Home Ambassador's and Pipeworks and Wilke #10.... BUT it is different than these..

A decent blend be it English or Balkan or somewhere in between. A supposed match/substitute for Balkan Sobranie Original . . . keep on looking folks, although it's an okay blend by it's own merit.

Mildly sweet, a slight floral note wafts in and out during the first quarter/third, nice spice perhaps Perique to tickle my schnoz but not over the top, a deep woodsy oak flavour from the Latakia, and some nice changes as the bowl combusts.

It's not a Latakia-bomb nor is it overly Oriental forward although it is somewhat full, a mediocre blend for any time the of day or night. Combustion is very well behaved: dry and cool even when pushed hard, Vitamin N is mild which I appreciate, although not the reason why I combust anything be it cigars or pipes: fit, flavour and finish that's it.

It's okay but nothing special, I won't buy it again.